We in Las Mañanitas have been experiencing rolling blackouts for reasons explained below.  We will update the information here.  Check back whenever you want:

As of 11:00 p.m. Central Time on September 29, power was restored to all affected users.   See  CFE concluded repair of high voltage structures after rains in Los Cabos, BCS and CFE Restores Service 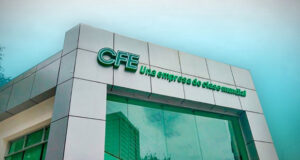 The Federal Electricity Commission ( CFE ) reported that due to the loss of operation of 3 high voltage lines, it carried out work to restore the power supply and repair the 4 structures that collapsed due to the presence of heavy rains and winds .

In a statement, the electric company indicated that at 10:12 a.m. central time on September 29, by instruction of the National Center for Energy Control (Cenace), rotating interruptions began for brief periods in order to maintain the stability of the electrical supply in the Baja California Sur System, with the purpose of not causing major damages.

The CFE added that for the emergency, 121 electrical workers, 39 vehicles, 26 cranes, 5 lighting towers and 2 all-terrain vehicles were available. CFE personnel are still in the affected region, carrying out definitive repairs to the infrastructure.

"The CFE endorses its commitment, in this type of contingency, to recover the supply to the affected users, in the shortest possible time, guaranteeing the safety of its personnel and the population."

Earlier today Anguelo7 reported CFE restores services after heavy rains in Los Cabo.  Using the "translate to English" feature of the Chrome browser, I learned that there were 3 high voltage lines that went out of operation due to the collapse of four electricity structures in Baja California Sur, following the heavy rains and winds that recently hit the region.  The authors noted that CFE in Baja California Sur is independent of the Interconnected System of the rest of the country, becoming susceptible to interruptions when generation units and high voltage lines go out of operation.

"It has been possible to restore the supply to normal for the affected users, however, in the next few hours according to the forecast of the National Center for Energy Control (Cenace) in order to maintain the stability of the electricity supply in the state of Baja California Sur will start with rotating supply interruptions for brief periods, in order not to cause major damages.

CFE issued a statement in response to the power outages that occurred in Baja California Sur, on the afternoon of this September 28.  At 1:47 p.m. Pacific time, three high-voltage lines went out of operation after four structures collapsed due to heavy rains and winds. registered in the region.

It should be noted that the CFE has 3,469,000 users throughout the state, with a total of 13,022 affected by power outages, representing 38% of consumers. Therefore, thanks >71% of those affected were able to recover the electrical service.

The statement ends by explaining that the National Center for Energy Control (CENACE), the body in charge of maintaining the stability of the electrical system, works together with the CFE to resolve this situation as soon as possible. Likewise, it invites citizens to report any situation through official communication channels such as by  telephone on 071 and through Twitter @CFE_Contigo.

Los Cabos is without light

At approximately 1:50 in the afternoon a blackout was recorded in practically the entire municipality . In social networks citizens were stunned by this situation , some of the messages mentioned:

We are out of light! Do you know what happened? , other citizens mentioned that only in San José del Cabo they report blackouts in Vista Hermosa, Zacatal, Primero de Mayo, Monterreal and Villas del Cortez.

The blackout is causing serious traffic problems on the Transpeninsular highway, since the traffic lights are off . Companies, hotels and small businesses denounce that their services were completely paralyzed due to the lack of electricity supply .

Unofficially it is known that there was a failure in the transmission of electrical energy , let us remember that the energy service comes directly from the power generation plant of the capital city; This has caused the Federal Electricity Commission (CFE) to no longer have the capacity to meet the demand.

It should be noted that this issue is nothing new, during 2019, 2018 and during this 2022 colonies of the municipality have reported constant blackouts , all directly related to the lack of electrical infrastructure that Los Cabos has .

Until the closing of this edition, the CFE has not issued an official statement on what caused this blackout in Los Cabos. 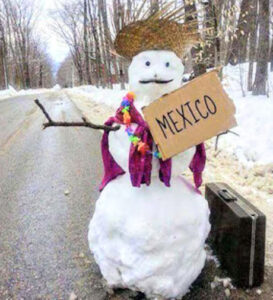